FDA Panel Votes Against Approval of Oral Desmopressin for Nocturia 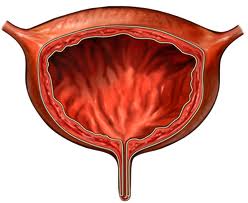 HYATTSVILLE, MD. – The majority of a Food and Drug Administration advisory panel voted against approval of an orally disintegrating sublingual tablet formulation of desmopressin as a treatment for nocturia, citing uncertainties about the clinical benefits in the pivotal trials and concerns about the risk of hyponatremia. At the meeting on Jan. 12, the FDA Endocrinologic and Metabolic Drugs Advisory Committee voted 10 to 5, with two abstentions, that the benefits of this desmopressin formulation in clinical trials did not outweigh the risks for the proposed indication, the treatment of nocturia due to nocturnal polyuria in adults who wake up two or more times each night to void. The indication proposed by Ferring Pharmaceuticals includes the statement that prior to treatment, “lifestyle changes and other treatable medical causes of nocturia should be addressed.” Although the panel agreed that treatment was associated with statistically significant effects on the two primary endpoints in the two pivotal trials, those voting against approval said there were uncertainties about the clinical benefits, which several panelists said could be addressed in preapproval studies. The panel generally agreed that the studies demonstrated a low risk of hyponatremia, the main safety concern associated with treatment. But they said that it was unclear whether the appropriate patients would be selected for treatment and would be properly monitored as recommended during treatment in real-world clinical situations. Examples included whether patients would remember to stop taking the medication when they developed an illness that could increase their risk of hyponatremia, or if they developed a disease or condition that affects sodium as they got older. There was also some uncertainty over the clinical significance of the small decreases in serum sodium in patients during the course of the 3-month studies, which evaluated two gender-specific doses that were lower than the higher doses previously studied that were associated with an increased risk of hyponatremia. “The clinical benefit of the active medication relative to the substantial improvements seen in the placebo arm was relatively small,” said panelist Dr. Brendan Everett, director of the general cardiology inpatient service at Brigham and Women’s Hospital, Boston, who voted against approval. “The sponsor is on to something with respect to the time to the first nocturnal void being longer” among those on the drug, an exploratory endpoint that he recommended should be studied further. The company’s plan to address the outliers with substantial drops in sodium that are considered more dangerous was “reasonable,” he said, but added that he shared the concern of other committee members “that implementing that risk-mitigation strategy in the real world after approval would be difficult.” The company developed lower doses to minimize the risk of hyponatremia and conducted two pivotal phase III confirmatory randomized, placebo-controlled studies of 268 women and almost 400 men with at least two voids per night (an average of 2.9 episodes), evaluating a 25-mcg dose in women and 50 mcg and 75 mcg in men over 3 months. Exclusion criteria included treatable causes of nocturia, such as diabetes insipidus and cardiac failure, and medical conditions that increased risk, such as hyponatremia and psychogenic polydipsia. (The company is not pursuing approval of the 75-mcg dose in men.) Among the women, the number of voids per night over 3 months dropped by a mean of 1.46 among those on desmopressin vs. 1.24 among those on placebo, a 0.22 difference that was statistically significant, despite the large placebo effect. In the study of men, the number of voids per night dropped by a mean of 1.25 among those on the 50-mcg dose, vs. 0.88 among those on placebo, a difference of 0.37 that was also statistically significant. In both studies, patients on desmopressin were almost twice as likely to achieve at least a 33% reduction in voids, the second primary endpoint. The large placebo effect in both studies, particularly among the women, is typically observed in studies of lower urinary tract dysfunction treatment, according to the company and several panelists. An increase in the time to the first nocturnal void, a secondary endpoint, was increased by a mean of 49 minutes in women and by 39 minutes in men over placebo, which were both statistically significant differences. There were two cases (1%) of hyponatremia among the women and three cases (3%) among the men on the 50-mcg dose; no patients on these two doses developed a serum sodium below 125 mmol/L (severe hyponatremia). While the studies showed statistically significant decreases in the primary endpoints, the FDA reviewers questioned the magnitude of the clinical benefit. Other issues raised by FDA reviewers included the “urologically heterogeneous” population of patients in the two studies, which included, for example, patients with small-capacity bladders and those taking medications for overactive bladder or benign prostatic hypertrophy. Currently, there is no FDA-approved treatment for nocturia or nocturnal polyuria. Desmopressin, in a tablet formulation, is approved in the United States for treating central diabetes insipidus and nocturnal enuresis in children and is occasionally used off-label for patients with nocturia. It is also approved for preventing bleeding in patients with hemophilia A or type 1 von Willebrand’s disease with a subcutaneous injection or nasal spray formulation. The 25-mcg and the 50-mcg doses of the desmopressin orally disintegrating tablet are equivalent to the 42-mcg and 83-mcg doses of the desmopressin tablet, respectively, according to the FDA. The orally disintegrating tablet formulation of desmopressin was approved in Canada in 2014 as a treatment for nocturia due to nocturnal polyuria at the same doses were proposed for approval in the United States. Higher doses have been approved in more than 65 countries).
The FDA usually follows the recommendations of its advisory panels.
In a statement issued after the meeting, Dr. Paul Korner, senior vice president for U.S. development at Ferring, said, “We look forward to working with the FDA to ensure it has the data needed to complete its evaluation of the safety and efficacy of this medication.”
The FDA is expected to make a decision during the first quarter of 2015, according to the company.