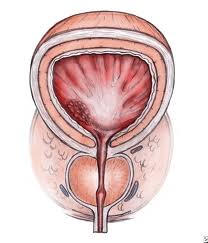 ORLANDO – A four kallikrein assay panel of human kallikrein and total, free, and intact prostate-specific antigen combined in an algorithm with age, digital rectal examination, and prior biopsy status provides a very high degree of discrimination for prostate cancer, compared with a PSA-based clinical algorithm, according to Dr. Daniel Lin.
The test (4Kscore test) was adapted from European studies which demonstrated that it is an accurate predictor of biopsy results, particularly for Gleason score 7 or greater disease, Dr. Lin of the University of Washington Medical Center, Seattle, reported during a late-breaking abstract session at the annual meeting of the American Urological Association.
In a prospective, blinded study, calibration of the 4Kscore algorithm in the first 300 patients enrolled from October 2013 to January 2014 was nearly perfect, compared with the European version, showing that the score works on an individual level, he said.
At one illustrative cut point, the score would have reduced the number of biopsies by 41%, with a negative-predictive value of 97%.
The test is of value at the population level, as well.
For high-grade disease, the 4Kscore test had a “very high and very robust” area under the curve of 0.82.
“The best comparator might be the [Prostate Cancer Prevention Trial] risk calculator, which takes into account age, PSA, Gleason grade, race, prior biopsy status, and the rectal examination,” Dr. Lin said, explaining that findings with the two scores were “clearly nonoverlapping.”
Even in the high-grade disease with a PSA of 2-10 in the “diagnostic gray zone,” the 4Kscore test showed superiority for discrimination of high-grade disease.
A decision analysis demonstrated that clinical decision-making would be improved by the use of the 4Kscore test, he said.
Study subjects were 1,300 men scheduled for biopsy at any of 26 U.S. urology centers. Following phlebotomy, participants underwent at least a 10-core transrectal ultrasound-guided biopsy. The first 300 patients represented a calibration cohort, and the remaining 1,000 are part of a validation cohort.
The findings are of note, because controversy exists with respect to the use of PSA screening.
“We all know there are several challenges surrounding the early detection of prostate cancer, and particularly screening with PSA,” Dr. Lin said, noting that positive screens lead to unnecessary biopsies.
In fact, about 60% of initial biopsies are negative, and about half of those that are positive are low-grade, potentially indolent disease, he said.
This, along with the fact that biopsies can be associated with complications and patient anxiety, has led to a negative perception of PSA screening among some medical organizations such as the U.S. Preventive Services Task Force, which has recommended against PSA screening of healthy men, despite evidence that PSA screening reduces mortality, Dr. Lin said.
Furthermore, treatment of low-risk disease is controversial, and data suggest that active surveillance is an acceptable strategy.
“Conversely, the treatment of intermediate- and high-risk disease has been supported by randomized, controlled trials, and there is a survival benefit for those men with intermediate- or high-risk disease,” he said, noting that this underscores the importance of detecting high-grade disease.
The 4Kscore test addresses the controversies surrounding PSA screening and will address the concerns of policy makers who question prostate screening in general.
“The 4Kscore test yields superior performance to a clinical model based on the reduction of unnecessary biopsies and minimization of delay in diagnosing high-grade disease. The 4Kscore test is optimized for clinically relevant and actionable high-grade disease and can inform our decision making between the physician and patient, allowing for a unique personalization of risk. This will allow us to focus our efforts on treatment and evidence surrounding high-grade disease, which is clinically relevant,” he concluded.