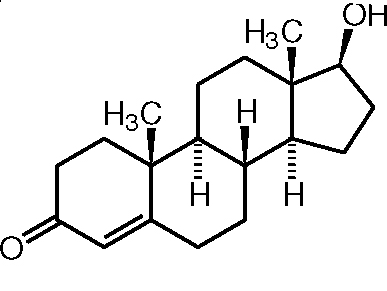 In the latest addition to the ongoing debate over the safety of testosterone treatment, researchers report no significant increased heart attack risk in older men treated with an intramuscular form of the therapy.
The study, published online this week in the Annals of Pharmacotherapy, compared 6,355 Medicare beneficiaries treated with testosterone with 19,065 who were not, between January 1997 and December 2005, and showed no increased risk of myocardial infarction (MI) in the treatment group (hazard ratio [HR], 0.84; 95% confidence interval [CI], 0.69 - 1.02).
“In this matched double-cohort study of more than 24,000 Medicare beneficiaries, we found that use of intramuscular testosterone therapy was not associated with an increased risk of MI,” say the authors.
Furthermore, "a dose–response analysis demonstrated no increased risk in MI according to estimated cumulative dose of testosterone. These findings were robust across a range of sensitivity analyses that addressed eligibility criteria, exposure thresholds, follow-up periods, and covariate adjustment,” they add.
In fact, testosterone was associated with a possible protective effect — a reduced risk of heart attack in patients with the highest prognostic risk index for MI (HR, 0.69; 95% CI, 0.53 - 0.92), and there were no differences in risk in patients in the lower quartiles of MI prognostic score.
First author Jacques Baillargeon, PhD, of the University of Texas Medical Branch in Galveston, noted that various potential mechanisms could explain the protective effect.
“Certainly there is some literature showing plausible biologic mechanisms where testosterone could in theory confer a protective effect, such as by decreasing fat mass, increasing lean body mass, and decreasing insulin sensitivity and the lipid profile,” he told Medscape Medical News.
“Testosterone may also possess anti-inflammatory and anticoagulant properties, but likewise, there are also plausible pathways whereby it could increase cardiovascular risk, so there are arguments to be made both ways,” he said.

No Increased MI Risk With Intramuscular Testosterone "Reassuring"
Patients in the study were over aged 65, and testosterone-treated patients were matched 1:3 with nontreated patients according to their composite MI prognostic index score.
Reasons for initiation of testosterone therapy included hypogonadism, sexual dysfunction, fatigue, and osteoporosis.
The men were followed until December 2005 or they lost their Medicare coverage, experienced an MI, or died. Those receiving testosterone therapy had an average follow-up of 1,495 days; the average follow-up for those not receiving therapy was 1,193 days.
Because the treatments were all given before 2005, testosterone was administered in the form of intramuscular injections. Patients receiving the therapy had an average of 8.2 injections over the study period, including 4.4 injections in the first year, and were more likely to have a high degree of comorbid disease compared with nonusers.
Multivariable analyses to evaluate a dose–response effect showed no association between increases in hospitalization for MI and increasing cumulative number of testosterone injections in the first year (HR, 0.98; 95% CI, 0.96 - 1.01).
Although gel, patch, and oral formulations of testosterone therapy are now more commonly used than during the study period, coauthor Randall J. Urban, MD, also of the University of Texas Medical Branch in Galveston, noted that, if anything, the risk with IM injections would be expected to be higher due to a greater peak/trough effect.
“Endocrinologists have worried that the injections would create the greatest risk of cardiovascular disease because testosterone levels after injection may be super normal,” he told Medscape Medical News.
“The gels were considered more physiologic. A negative finding in the presumed highest-risk delivery system is therefore reassuring.”

Time for Responsible Prescribing of Testosterone
Concern about cardiovascular risks associated with testosterone therapy has increased with the publication of several recent high-profile studies, including one in a Veterans Affairs population published last year in the Journal of the American Medical Association. Another trial published in January showed an increased risk of MI in the first 90 days of testosterone treatment; again, the risk was highest in older men.
These results followed the halting of the Testosterone in Older Men with Mobility Limitations trial, arandomized, placebo-controlled study funded by the National Institute of Aging, which was stopped in 2010 because of a higher rate of cardiovascular events in the treatment than placebo arm.
Dr. Urban suggested the latter study’s fate may have been related to the poor health of the study population. “[The trial] studied men with multiple morbidities. Any medication could affect the balance of their cardiovascular status in such a tenuous clinical condition,” he said. “Regarding epidemiological studies, the more subjects you survey, the more reliable the results.”
Following the 2 most recently published papers, the US Food and Drug Administration announced in January that it is reviewing approved testosterone products regarding their potential to increase the risk of serious adverse cardiovascular outcomes. In April, the European Medicines Agency followed suit, launching its own investigation into the issue of testosterone-containing medicines and cardiovascular risk.
Asked to comment, Bradley D. Anawalt, MD, Chief of Medicine at the University of Washington Medical Center in Seattle, said these newest findings from Dr. Baillargeon and colleagues will no doubt fuel the debate over testosterone.
“This study joins a legion of epidemiological studies showing conflicting results on the effects of testosterone therapy and cardiovascular risk,” he told Medscape Medical News. “The findings … agree with many other studies showing no relationship between testosterone therapy and risk of heart attacks.”
“This study examined a much larger cohort than most of the other published studies and had a longer follow-up period [8 years],” he added
As the deliberation over testosterone safety continues, Dr. Anawalt noted that a positive development likely to emerge from the discussion is a heightened awareness of more responsible prescribing of testosterone.
"The concern of a potential risk with testosterone therapy is at least useful for practitioners who are trying to responsibly restrict testosterone prescriptions to patients who truly are hypogonadal and not simply seeking a fountain of youth," he concluded.
The authors and Dr. Anawalt have reported no relevant financial relationships.