Analgesic Use and the Risk of Kidney Cancer: A Meta-Analysis of Epidemiologic Studies 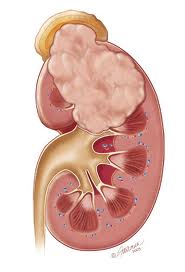 Analgesics are the most commonly used over-the-counter drugs worldwide with certain analgesics having cancer prevention effect. The evidence for an increased risk of developing kidney cancer with analgesic use is mixed. Using a meta-analysis design of available observational epidemiologic studies, we investigated the association between analgesic use and kidney cancer risk. We searched the MEDLINE and EMBASE databases to identify eligible case-control or cohort studies published in English until June 2012 for 3 categories of analgesics: acetaminophen, aspirin or other Non-Steroidal Anti-Inflammatory Drugs (NSAIDs). Study-specific effect estimates were pooled to compute an overall relative risk (RR) and its 95% confidence interval (CI) using a random effects model for each category of the analgesics. We identified 20 studies (14 with acetaminophen, 13 with aspirin, and 5 with other NSAIDs) that were performed in 6 countries, including 8,420 cases of kidney cancer. Use of acetaminophen and non-aspirin NSAIDs were associated with an increased risk of kidney cancer (pooled RR, 1.28; 95% CI, 1.15 to 1.44 and 1.25; 95% CI, 1.06 to 1.46, respectively). For aspirin use, we found no overall increased risk (pooled RR, 1.10; 95% CI, 0.95 to 1.28), except for non-US studies (5 studies, pooled RR=1.17, 95% CI, 1.04 to 1.33). Similar increases in risks were seen with higher analgesic intake. In this largest meta-analysis to date, we found that acetaminophen and non-aspirin NSAIDs are associated with a significant risk of developing kidney cancer. Further work is needed to elucidate biologic mechanisms behind these findings.