Tadalafil Does Not Prevent Erectile Dysfunction After Radiotherapy for Prostate Cancer 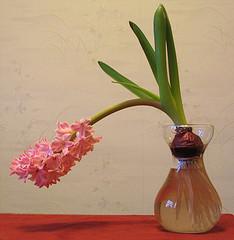 IMPORTANCE
Tadalafil is used to treat erectile dysfunction after prostate cancer treatment, but its role as a preventive agent is undefined.

OBJECTIVES
To determine primarily whether tadalafil preserved erectile function in men treated with radiotherapy for prostate cancer, and secondarily to determine whether participant- or partner-reported overall sexual function and sexual and marital satisfaction were affected.

DESIGN, SETTING, AND PARTICIPANTS
Stratified, placebo-controlled, double-blind, parallel-group study with 1:1 randomization at 76 community-based and tertiary medical sites in the United States and Canada. Two hundred forty-two participants with intact erectile function scheduled to receive radiotherapy for prostate cancer were recruited between November 2009 and February 2012 with follow-up through March 2013.

INTERVENTIONS
One hundred twenty-one participants were assigned 5mg of tadalafil daily and 121 were assigned placebo for 24 weeks starting with external radiotherapy (63%) or brachytherapy (37%). Participant-reported International Index of Erectile Function response before radiotherapy and at weeks 2 and 4, between weeks 20 and 24, between weeks 28 and30, and 1 year thereafter. Participants and partners could respond also to the Sexual Adjustment Questionnaire and to the Locke Marital Adjustment Test before radiotherapy, between weeks 20 and 24 and weeks 28 and 30, and at 1 year.