Cost of Botox vs. Anticholinergics for Urge Urinary Incontinence 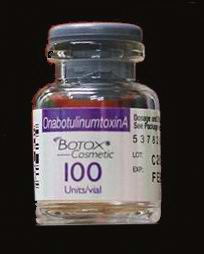 Onabotulinum toxin A and anticholinergic medications have similar cost effectiveness in the first 6 months of treatment for urge urinary incontinence, results from a multicenter randomized trial showed.
However, if costs and outcomes are considered through 9 months, Botox has significantly lower costs than anticholinergics but similar urge urinary incontinence (UUI) control, Dr. Anthony G. Visco reported at the annual meeting of the American Urogynecologic Society.
On behalf of the National Institute of Child Health and Human Development–funded Pelvic Floor Disorders Network, Dr. Visco presented findings from an analysis of 231 women who participated in the ABC trial, which directly compared the safety and efficacy of a 6-month regimen of anticholinergic medications (solifenacin or trospium) to a single 100-U injection of Botox (N. Engl. J. Med. 2012;367:1803-13).
The current study sought to compare the cost effectiveness of anticholinergic medications and Botox for the management of urge urinary incontinence (UUI). The researchers adopted a societal cost perspective and included both direct costs such as physician visits/procedures and medication costs, as well as indirect costs such as incontinence pads, laundry use, and time lost from work.
Patients were randomized to one of the two groups and were followed for 6 months. At each month the researchers obtained bladder diaries, including the Overactive Bladder Questionnaire (OABq) and the Patient Global Symptom Control instrument (PGSC). At 6 months, all anticholinergic pills were stopped. Dr. Visco and his associates followed the patients up to an additional 6 months “to look at the effect of Botox using the PGSC scores to determine the duration of adequate symptom control,” he said.
The researchers adopted two different measures of efficacy. In the first 6 months, efficacy outcome was the average reduction in UUI episodes, and utilities were obtained from the OABq completed at baseline through 6 months; quality-adjusted life-years were calculated and annualized from 6 months to a full year.
Between 6 and 9 months, the efficacy outcome was adequate symptom control as measured by the PGSC. “We chose 9 months because that was a period of time when half the participants in the Botox group still had adequate symptom control,” explained Dr. Visco, chief of urogynecology and female pelvic medicine and reconstructive surgery at Duke University, Durham, N.C.
Cost analyses assumed that Botox patients incurred no additional costs between months 6 and 9 while those on anticholinergics incurred an additional 3 months of medication costs.
At 6 months the direct medical costs were similar between the anticholinergic and Botox groups ($1,339 vs. $1,266), as were the indirect costs ($150 vs. $106). Both treatments decreased the amount of UUI episodes by 3.3 per day. Both groups also had improvements in total quality-adjusted life-years (0.702 vs. 0.707) and in the annualized cost per quality-adjusted life-year ($57,890 vs. $55,869).
Dr. Visco noted that 74% of study participants who received Botox had adequate symptom control at 6 months. That decreased to 55% at the 9-month mark.
The cost-effectiveness analysis through 9 months revealed that anticholinergics cost $1,942 while Botox cost $1,266. Months of symptom control also were similar between the groups (a mean of 6.36 vs. 6.13, respectively), but in the analysis of cost per month of adequate symptom control, anticholinergics were significantly more expensive: $305 vs. $207 for Botox (P value less than .0001).
Dr. Visco acknowledged certain limitations of the study, including the fact that true cost data were not available beyond 6 months and that the researchers evaluated only solifenacin or trospium. In addition, “quality-adjusted life-year data were limited to the first 6 months, and we are unable to comment on the cost effectiveness of multiple injections,” he said. “Anticholinergic assumptions were also made between 6 and 9 months.”
Dr. Visco said he had no relevant financial disclosures.