Effectiveness of Antibiotic Prophylaxis in Cystoscopy 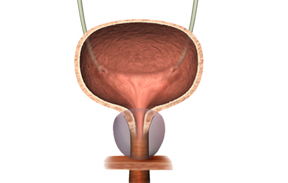 OBJECTIVE
To establish the efficacy of antibiotic prophylaxis prior to cystoscopy in outpatients in decreasing the incidence of post-procedure urinary tract infection.

STUDY DESIGN AND SETTING
A randomized clinical trial in patients (men and women) older than 18 who underwent cystoscopy for any non-urgent indication. The intervention was Levofloxacin 500 mg single dose, and the control was placebo 500 mg single dose made with similar characteristics. The primary outcome was urinary tract infection (UTI) measured 3-10 days after the procedure. It was performed as per protocol analysis.

CONCLUSIONS
No significant differences were found in the use of prophylactic antibiotic compared to placebo to reduce the incidence of UTI in patients who undergo cystoscopy as an outpatient procedure with sterile urine demonstrated by urine culture.