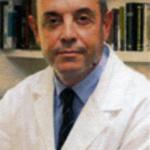 Curriculum: Doctor Josè Palacin studied at the Universitat autònoma de Barcelona, completed in 1979 with qualification in Plastic, Reconstructive and Aesthetic Surgery at UAB in 1983.

Between 1083 and 1987 he visited the Pitanguy Clinic in Rio de janeiro, Fox Hospital in Paris and Manhattan Eye,Ear and Throat in New York.

Between 1983 and 1993 he was member of the Planas Clinic Plastic Surgery Unit in Barcelona. During this same period he was plastic surgery consultant of the Military Hospital in Barcelona.

Doctor Palacin is head of the Unit of Plastic and Recosntructive Surgery at the Hospital de l’Esperit Sant in Santa Coloma de Gramanet (Barcelona) since 1983. Since 1994 he is staff member at the Plastic Surgery and Cosmetic Medical Center Teknon in Barcelona.

He has participated as a speaker or guest lecturer at numerous courses and conferences, both national and internartional, with a strong emphasis on rhinoplasty.