When your friend has cosmetic surgery 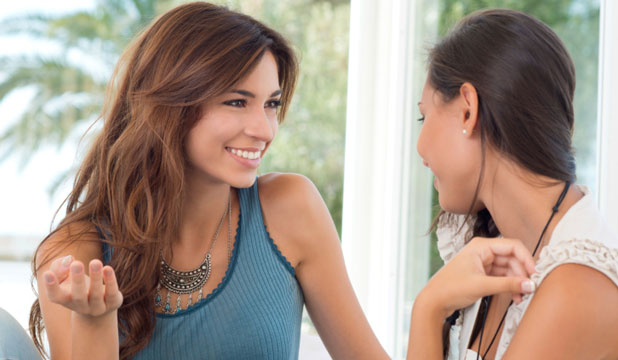 Some years ago, I knocked on a friend's front door, only to have a woman like her open up instead.
"Cathy, it's been too long!" the stranger exclaimed.
"How's tricks?" I hemmed and hawed.
My friend, a renowned musician, was a live wire and a stunning natural beauty. This new person was charming, too, only strangely streamlined. Where was my old friend? Who was this interloper impersonating her and why was she pretending to know me?
Then the penny dropped.
This was my friend, after cosmetic surgery. This woman was familiar; it was just her face I was having trouble placing.
Stalled on her doorstep, my mind worked like stink. You, of all people! Bright, accomplished, witty, and you've gone the whole hog? But you've compromised your beauty! Not to mention your feminist credentials.
And now what happens? Do I mention it? But I'm a terrible liar.
I don't want to discuss this but if we don't, how are we to conduct this friendship?
With that conflicted interior monologue over, I accepted her gracious invitation and stepped inside, where we picked our way, over cups of tea and a Beckett-like dialogue - all brittle cheer and maniacal avoidance - and made believe that nothing out of the ordinary had happened in the way of her radically altered appearance.
Something told me it would have been unwanted, or perhaps superfluous, to point out that she'd updated her features. Presumably a person doesn't need reminding that they've undergone anaesthesia for surgery, woken up black and blue, taken their meals through a straw, before heading home to work up a new persona, along with a credible argument to justify the need. Which is why, years later, neither she nor I have referred to her facelift.
Something else, too, something more nuanced, stopped me mentioning the obvious. Plastic surgery - for all its prevalence now, its apparent acceptance as just another tool in the box of personal reinvention - still has its taboos, it seems. Naming it for what it is, for example. Some folks seem to want their makeover met with stoicism and silence, as if their metamorphosis - from someone who's looking their age, to someone whose overhaul loudly signals where anxiety and panic have led them - is all just part of a regular day's work.
When a person has gone to such lengths to confound the very basis of their relations with others, isn't the desire for a dignified silence a little like being an emperor, minus clothes, who won't allow the word "naked" uttered in their company? After all, cosmetic surgery is an intervention that insists on an altered conversation, but a conversation, paradoxically, that few of its patients want to have.
My friend is a successful person who's good at what she does, and her career has been long and productive; mutual friends and I often speak about her, with admiration and more than a little envy. So, after visiting her this day, I did what all midnight cowards do: I went online to check her before and after photos, to see what the blogosphere was saying.
There, for the world to see - including her two young daughters, were they unwise enough to venture there - was a vicious, rabid commentary about her transformation. The chatter echoed my own fundamental thoughts on it, but was merciless and coloured with misogynistic hatred.
Shaken, I logged off. Did she really deserve that level of insult and opprobrium? Did people genuinely feel such depths of contempt towards her, since she'd taken the reconstructive plunge?
When I was a teenager, a relative of mine had various cosmetic interventions performed on her: rhinoplasty, an eyelid lift, breast augmentation. As far as I know, she wasn't tested by such things as early feminist thought, or the conundrums of self-regard; she was merely exercising her right, she said, to do with her body as she pleased, and felt no need to justify it; both incontestable sentiments.
But her husband, a surgeon who'd trained in the United States in the late '60s, and whose work was highly sought-after here, had told me how the cosmetic surgery revolution was shaping up then in the US. Hawaii, he said, was where many mainland plastic surgeons moved to practice, because women used the off-shore destination as a ruse for the work they wanted done. Hawaii was a convenient fiction: the island was such a restful place, women returned from it looking "enhanced".
Even as a young teen, I felt there was something cynical - and masochistic - about that. On top of feeling the pressure to surgically alter their appearance, unhappy women were supporting such phoney, implausible narratives to defend it? No matter where she hides out after surgery, a woman has to turn her face towards another to get what it is she desires. And how much more complicated a demand is that, when the face she turns is a mask? No amount of fictional embellishment, surely, can help a person with that.
How can you be sure, someone asked me recently, you won't succumb to the knife in time, too? I can't, although it would surprise me.
Call me stubborn, but what I suffer from, as I age, isn't so much gravity, as grief. The peachy years of youth are over, yes, but nobody with a scalpel is going to save me from that fact.