Treatment of Earlobe Keloids by Surgical Excision and Cryosurgery 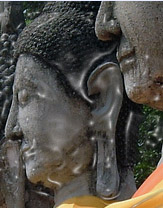 Objective: To assess the long-term efficacy of a technique combining surgical excision and immediate cryosurgery in patients with ear keloids.

Methods: A retrospective study was performed between January 2001 and June 2011. All patients referred for treatment of an ear keloid and undergoing subsequent surgical excision followed by immediate freezing of the postoperative wound using cryosurgery were included. The primary end-point was the number of patients who achieved major flattening of the keloid (defined as a reduction of more than 80% of the keloid) at the time of the study after a minimum follow-up of 24 months after treatment.

Results: Sixty-six patients with a total of 97 keloids were included. Median follow-up time after treatment was 43 months. ‘Major’ flattening was observed in 69 keloids (71%). Fifty-six of these lesions (81%) were treated with one session and 13 (19%) required a second session after keloid recurrence. Fifteen lesions (15%) were considered ‘treatment failure’, including 11 keloids in eight patients who were lost to follow-up and four keloids which achieved less than 30% reduction of their surface. Thirteen other keloids were evaluated as displaying significant or moderate improvement. Treatment side-effects were partial amputation of the ear lobe in three patients with a very large keloid of the ear lobe and hypopigmentation in five patients.

Conclusion: The combination of surgical excision and cryosurgery can be considered for the treatment of large ear keloids.