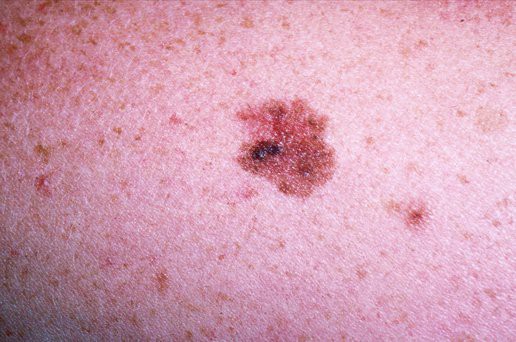 Recent data from a review of nine US cancer registries indicate that the incidence of childhood and adolescent melanoma has been increasing in the United States at an average of 2% per year.
“Whereas melanomas in older children and adolescents (≥10 years) behave similarly to adult melanomas, those in younger individuals are thought to have a different etiology,” Jeannette R. Wong, MPH, of the radiation epidemiology branch of the Division of Cancer Epidemiology and Genetics of the National Cancer Institute, and colleagues wrote. “Unlike adults, more girls are affected than boys, and whites are at a higher risk than other racial groups.”
To assess potential causes underlying the increased number of melanoma cases, Wong and colleagues used data from the Surveillance, Epidemiology and End Results (SEER) database to examine trends in melanoma incidence among 1,230 whites diagnosed between aged 0 and 19 years.
The researchers investigated trends by sex, stage, age at diagnosis and primary site, as well as ultraviolet B (UVB) radiation exposure levels.
Wong and colleagues calculated age-adjusted incidence rates, annual percent changes and 95% CIs for each category of interest. Incidence trends also were assessed using joinpoint and loess regression models. Additionally, SEER registries were categorized with respect to low or high UVB radiation exposure.
Results indicated that females aged 15 to 19 years and those with low UVB exposure exhibited significantly higher incidence rates than males, younger children and those living in SEER registries categorized as high UVB.
“While overall trends were similar for both genders, melanoma incidence in boys is specifically increasing on the skin of the face and trunk, but only on the lower limbs and hip for girls,” Wong and colleagues wrote.
The only decreased incidence trend the researchers observed was among 15- to 19-year-olds in the high UVB exposure group from 1985 from 2009. Loess curves indicated similar patterns.
“Despite increasing rates, we note that malignant melanoma survival rates have increased since the 1970s,” the researchers wrote. “Five-year survival is currently nearly 100% for cases diagnosed in localized stages vs. 82% for cases diagnosed in regional or distant stages. These data emphasize the importance of early detection.”