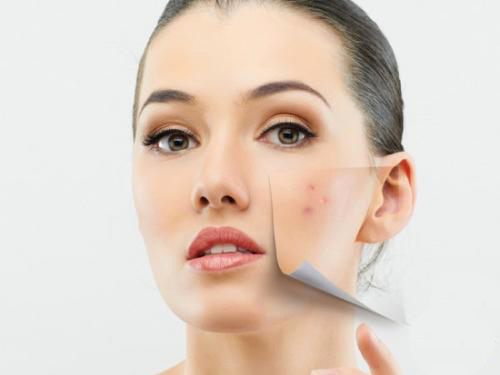 DENVER – In the not-so-distant future, a treatment option for patients with moderate to severe acne may involve destruction of the sebaceous gland, according to Dr. R. Rox Anderson, director of the Wellman Center for Photomedicine at Massachusetts General Hospital, Boston.
“If you look at the existing devices that are available for treating acne, none of them are really targeting the sebaceous gland itself,” said Dr. Anderson. “They’re having secondary effects by eating skin or changing inflammatory reactions.”
At the annual meeting of the American Academy of Dermatology, Dr. Anderson presented findings from a randomized phase I study of an investigational technique to target the sebaceous gland that consists of externally delivered plasmonic microparticles followed by pulsed laser irradiation, much like laser hair removal.
From a physiologic standpoint, Dr. Anderson likened the sebaceous gland to a small version of a lung. “It has an outflow tract that puts sebum out, but it doesn’t know how to inhale; it only exhales sebum,” he explained. “The question is, can we make [the sebaceous gland] inhale and drive material into the gland itself? The strategy is to come up with a light-absorbing material, force it into the gland, then once the gland is made to absorb light, do selective photothermolysis – the same principles that were developed for hair removal.”
Dr. Anderson and his associates randomized 48 adult patients with moderate to severe acne to treatment using a technology being developed by Duluth, Ga.–based company Sebacia, or to a control treatment. The 23 patients in the treatment arm received massage of 3 mL of a topical gold nanoparticle suspension and 800-nm laser irradiation without anesthesia for 12 weeks. In the control group, 25 patients used an over-the-counter face wash that contained salicylic acid, followed by laser treatment for 12 weeks, and then were crossed over to treatment with gold nanoparticles. The laser treatments occurred three times, two weeks apart, and consisted of two passes on a 9-mm square spot delivered at a fluence of 25-35 J/cm3 with a 30-second pulse duration. The study was conducted at two sites in Poland.
At 12 weeks, patients in the nanoparticle group had a 34% reduction in inflammatory lesion counts, compared with 16% in the salicylic acid group, a difference that reached significance (P = .02). At 7 months, patients in the treatment group had a 61% reduction in inflammatory lesion counts, compared with a 50% reduction among patients in the crossover group. “What was interesting to me is the lack of side effects,” Dr. Anderson said. The treatment “was very well tolerated, very much like laser hair removal. You don’t have the pustulation and side effects of photodynamic therapy.”
The gold nanoparticles used in the study were 150-300 nanometers in diameter and “are basically like a tattoo,” Dr. Anderson said. “Once they get into the glands, do they stay there? Or do they come out?” To answer this question, the researchers measured the number of nanograms of material inserted, and observed that the sebaceus gland “constantly spits these particles out,” even after laser exposure, he said.
Dr. Anderson characterized selective photothermolysis of the sebaceous gland as a technology “at the beginning, but we’ll see how this goes. It’s not available clinically yet, but maybe we’ll see it in our hands someday.”

Dr. Anderson disclosed that he is a consultant for numerous pharmaceutical and device companies, including Sebacia.