Maternal Use of Acetaminophen Linked to ADHD in Kids 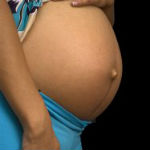 A pregnant woman's use of acetaminophen may be associated with an increase in her child's risk for attention-deficit/hyperactivity disorder (ADHD), the authors of a large, prospective study report.
Long-term acetaminophen use during pregnancy is related to more than a twofold increase in risk for offspring ADHD," after adjusting for genetic risk factors, indications for the mother's acetaminophen use, use of the drug before pregnancy, and other potential confounders, lead author Eivind Ystrom, PhD, and colleagues write in an article published online today and in the November issue of Pediatrics.
Conversely, use of acetaminophen for less than 8 days during pregnancy was associated with a decrease in ADHD risk, suggesting its antipyretic effect "could be beneficial with regard to fetal development," the authors add.
In an accompanying commentary, Mark L. Wolraich, MD, who was not involved in the study, cautions that these findings do not establish a causal relationship between prenatal acetaminophen exposure and ADHD risk, "but they do suggest the possibility and raise the need for further study and more cautious consideration of acetaminophen use during pregnancy."
It is estimated that approximately 65% to 70% of pregnant women in the United States and approximately 50% to 60% of pregnant women in western and northern Europe use acetaminophen.
Data on More Than 100,000 Children
For the current study, Dr. Ystrom, from the Norwegian Institute of Public Health, Oslo, and colleagues analyzed data from the Norwegian Mother and Child Cohort Study, which includes information on 114,744 children born between 1999 and 2009, as well as on 95,242 mothers and 75,217 fathers throughout Norway.
Mothers and fathers alike completed questionnaires at 18 weeks of gestation. The mothers also filled out questionnaires later in pregnancy, after delivery, and when their children reached 6 months, 1.5 years, and 3 years of age. The researchers obtained information on ADHD diagnoses from records maintained by the Norwegian Patient Registry.
The parents' questionnaires included questions about their acetaminophen use. To control for potential confounders, the mothers also answered questions regarding various medical conditions for which acetaminophen was indicated, as well as the duration of their acetaminophen use. Their children were followed to the time of their ADHD diagnosis or until December 31, 2014.
The final sample consisted of 112,973 children and their parents. Of those children, 2246 (2%) were diagnosed with ADHD, and 52,707 (46.7%) mothers reported some acetaminophen use during pregnancy. Compared with no acetaminophen exposure, the unadjusted hazard rate (HR) of ADHD in children after 1, 2, or 3 trimesters of prepartum exposure was 17%, 39%, and 46%, respectively.
Duration Makes a Difference
When the authors adjusted for parental ADHD symptoms, the risk associated with acetaminophen use declined slightly, from an HR of 1.26 in the unadjusted model to 1.20 (95% confidence interval [CI], 1.09 - 1.32). However, when calculated by amount of exposure, the rate rose from 1.13 (95% CI, 1.01 - 1.27) for any one trimester to 1.32 (95% CI, 1.16 - 1.50) for any 2 trimesters, and to 1.34 (95% CI, 1.05 - 1.71) for all three trimesters.
A fully adjusted model, which accounted for alcohol use during pregnancy, smoking during pregnancy, symptoms of anxiety and depression during pregnancy, maternal education, marital status, body mass index at the 17th week of gestation, maternal age, and parity, showed a similar trend for duration and increased risk, although not all points remained statistically significant. Specifically, use for any one, any two, or all three trimesters was associated with an HR of 1.07 (95% CI, 0.96 - 1.19), 1.22 (95% CI, 1.07 - 1.38), and 1.27 (95% CI, 0.99 - 1.63), respectively.
When analyzed by the total number of days the mother took acetaminophen while pregnant, the HR associated with 1 to 7 days of use for any indication was 0.90 (95% CI, 0.81 - 1.00) compared with no use of acetaminophen. Longer use generally was associated with a steady increase in risk, such that the HR for 29 or more days was 2.20 (95% CI, 1.50 - 3.24). However, when the indication was "fever and infections," the HR associated with use for 22 to 28 days was 6.15 (95% CI, 1.71 - 22.05), although it dropped to 2.40 (95% CI, 0.34 - 16.78) with use of 29 days or more.
The authors also found no association between maternal acetaminophen use during the 6 months before pregnancy and ADHD in the child. However, "paternal use for 29 days or more was as strongly associated with ADHD (HR = 2.06; 95% CI 1.36–3.13) as the corresponding maternal prenatal use." The reasons for the paternal association are unclear, but may be related to "male germ-line epigenetic effects as described in endocrine disruption effects of acetaminophen on the human testis." Nevertheless, the authors caution that given this finding, "the causal role of acetaminophen in the etiology of ADHD can be questioned."
Still, the possibility of a relationship between maternal acetaminophen use and ADHD "brings to mind the association between aspirin and Reye syndrome," writes Dr Wolraich, professor of pediatrics at the University of Oklahoma, Oklahoma City. "Although the comparisons are far from perfect, given the serious morbidity and risk of mortality associated with Reye syndrome, it does illustrate how finding associations between drug and disease can improve health outcomes."
He recommends longitudinal studies to explore the acetaminophen/ADHD relationship further.
Study limitations include the inability to adjust for the severity of the indications leading to maternal acetaminophen use, reliance on clinician diagnoses of ADHD and lack of validation in a research clinic, and underrepresentation of young parents or parents who smoked, "which may limit generalization of results to all children," authors write.