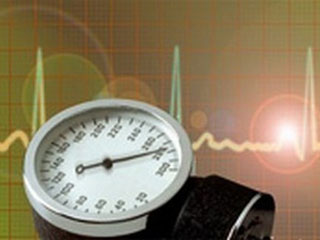 BACKGROUND
In the Action in Diabetes and Vascular Disease: Preterax and Diamicron Modified Release Controlled Evaluation (ADVANCE) factorial trial, the combination of perindopril and indapamide reduced mortality among patients with type 2 diabetes, but intensive glucose control, targeting a glycated hemoglobin level of less than 6.5%, did not. We now report results of the 6-year post-trial follow-up.

METHODS
We invited surviving participants, who had previously been assigned to perindopril–indapamide or placebo and to intensive or standard glucose control (with the glucose-control comparison extending for an additional 6 months), to participate in a post-trial follow-up evaluation. The primary end points were death from any cause and major macrovascular events.

RESULTS
The baseline characteristics were similar among the 11,140 patients who originally underwent randomization and the 8494 patients who participated in the post-trial follow-up for a median of 5.9 years (blood-pressure–lowering comparison) or 5.4 years (glucose-control comparison). Between-group differences in blood pressure and glycated hemoglobin levels during the trial were no longer evident by the first post-trial visit. The reductions in the risk of death from any cause and of death from cardiovascular causes that had been observed in the group receiving active blood-pressure–lowering treatment during the trial were attenuated but significant at the end of the post-trial follow-up; the hazard ratios were 0.91 (95% confidence interval [CI], 0.84 to 0.99; P=0.03) and 0.88 (95% CI, 0.77 to 0.99; P=0.04), respectively. No differences were observed during follow-up in the risk of death from any cause or major macrovascular events between the intensive-glucose-control group and the standard-glucose-control group; the hazard ratios were 1.00 (95% CI, 0.92 to 1.08) and 1.00 (95% CI, 0.92 to 1.08), respectively.

CONCLUSIONS
The benefits with respect to mortality that had been observed among patients originally assigned to blood-pressure–lowering therapy were attenuated but still evident at the end of follow-up. There was no evidence that intensive glucose control during the trial led to long-term benefits with respect to mortality or macrovascular events.