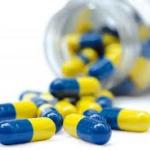 SEATTLE, WA — Patients receiving an anticoagulant for deep vein thrombosis (DVT) or pulmonary embolism (PE) who take a nonsteroidal anti-inflammatory drug (NSAID) or aspirin for pain or headache, even for a few days, are at heightened risk for a major bleed, according to a new study published online April 14, 2014 in JAMA Internal Medicine [1].
The researchers examined bleeding risk from aspirin or an NSAID (other than aspirin) in patients in the EINSTEIN-DVT and EINSTEIN-PE trials who were randomized to either the low-molecular-weight heparin enoxaparin followed by warfarin or acenocoumarol or to the oral anticoagulant rivaroxaban (Xarelto, Bayer/Janssen).
The trials discouraged the use of NSAIDs, yet about a quarter of the patients took them. Compared with patients who avoided these painkillers, those who took an NSAID had a 2.4-fold higher risk of a major bleed and those who took aspirin had a 1.5-fold higher risk.
"Even though [this warning about major bleeds with NSAIDS or aspirin] is on the warfarin label . . . I don't think people believed it," lead author Dr Bruce L Davidson (University of Washington School of Medicine, Seattle, WA), said. "I certainly didn't believe it," he said. "The risk had not been quantified, and the notion that one-quarter of the major bleeds happened within eight days of use is stunning."
Doctors who manage patients taking warfarin or the new oral anticoagulants should tell them which over-the-counter (OTC) drugs are NSAIDs, Davidson said.
They should warn patients, "Don't take an NSAID [and] don't take casual aspirin. . . . Take aspirin if you need it for coronary artery disease. Otherwise, take [acetaminophen, not more than 4 g a day] for pain, discomfort, or fever. Don't risk it."

OTC Ibuprofen, Aspirin, or Acetaminophen
In the past, to treat a headache or sore muscles, many people took aspirin or acetaminophen, but now people commonly take an NSAID such as ibuprofen, Davidson noted.
Earlier work has shown that patients with atrial fibrillation (AF) who are on anticoagulants and take aspirin have an increased bleeding risk. However, the bleeding risk in patients receiving an anticoagulant for DVT or PE who take an NSAID or aspirin is poorly documented, the researchers write.
They examined the risk of clinically relevant bleeds, including major bleeds—those that were fatal, occurred at a critical site, or required a major transfusion—and nonmajor bleeds in 8246 patients in the EINSTEIN-DVT and EINSTEIN-PE trials who were randomized to rivaroxaban or enoxaparin/vitamin-K antagonist (VKA).
The increase in bleeding was similar in the rivaroxaban-treated and enoxaparin/VKA patients.

Bleeding Risk for Patients on Anticoagulants, NSAID Use vs No NSAID Use

Bleeding Risk for Patients on Anticoagulants, Aspirin Use vs No Aspirin Use

Patients had a similar risk of bleeding whether NSAIDs and aspirin were taken for a short or long time.
"We wonder whether it is widely appreciated that NSAIDs, available over the counter in most places, put patients receiving anticoagulant therapy at nearly double the risk of clinically important bleeding," the researchers write.
"Physicians should inform patients about the potential for increased bleeding with these readily available, commonly used drugs and advise patients to curtail their casual use," they conclude.