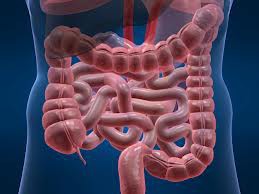 OBJECTIVES
Irritable bowel syndrome (IBS) and chronic idiopathic constipation (CIC) are functional bowel disorders. Evidence suggests that disturbance in the gastrointestinal microbiota may be implicated in both conditions. We performed a systematic review and meta-analysis to examine the efficacy of prebiotics, probiotics, and synbiotics in IBS and CIC.

METHODS
MEDLINE, EMBASE, and the Cochrane Controlled Trials Register were searched (up to December 2013). Randomized controlled trials (RCTs) recruiting adults with IBS or CIC, which compared prebiotics, probiotics, or synbiotics with placebo or no therapy, were eligible. Dichotomous symptom data were pooled to obtain a relative risk (RR) of remaining symptomatic after therapy, with a 95% confidence interval (CI). Continuous data were pooled using a standardized or weighted mean difference with a 95% CI.

RESULTS
The search strategy identified 3,216 citations. Forty-three RCTs were eligible for inclusion. The RR of IBS symptoms persisting with probiotics vs. placebo was 0.79 (95% CI 0.70–0.89). Probiotics had beneficial effects on global IBS, abdominal pain, bloating, and flatulence scores. Data for prebiotics and synbiotics in IBS were sparse. Probiotics appeared to have beneficial effects in CIC (mean increase in number of stools per week=1.49; 95% CI=1.02–1.96), but there were only two RCTs. Synbiotics also appeared beneficial (RR of failure to respond to therapy=0.78; 95% CI 0.67–0.92). Again, trials for prebiotics were few in number, and no definite conclusions could be drawn.

CONCLUSIONS
Probiotics are effective treatments for IBS, although which individual species and strains are the most beneficial remains unclear. Further evidence is required before the role of prebiotics or synbiotics in IBS is known. The efficacy of all three therapies in CIC is also uncertain.

Probiotics and Soluble Fiber Work for IBS
These systematic reviews and meta-analyses published in the latest issue of the American Journal of Gastroenterology look at two therapies for irritable bowel syndrome. Ford et al reviewed the effect of probiotics and Moayyedi et al reviewed the effects of fiber. Both were found to be beneficial and may share a synergistic effect. Let’s review some terms.

To simplify, think of it this way:
Probiotic (microorganism) + prebiotic (fiber) = synbiotic = a synergistic therapeutic effect
A probiotic cannot sustain itself without a prebiotic, which is best obtained through a high-fiber, plant-based diet.

The review by Ford and colleagues showed ~21% therapeutic response over placebo with probiotics for IBS. The number needed to treat (NNT) was 7, and the number needed to harm (NNH) was 35, with no significant side effects. Because this was a meta-analysis of pooled data, the authors were unable determine which probiotics are most beneficial; however, it appears that Lactobacillus, Bifidobacterium, Saccharomyces(a yeast), Streptococcus, and Escherichia coli all showed benefit.
The review by Moayyedi and colleagues showed that soluble fiber improved IBS symptoms by about 17% (RR, 0.83) over placebo with a NNT of 7. Psyllium was found to have the greatest benefit.
When fiber and bacteria are combined, fermentation ensues, which produces short-chain fatty acids (SCFA) such as butyrate, acetate, and propionate. These SCFA are the main source of energy for the enterocytes and help keep inflammation in check while repairing the gut lining. Using both a probiotic and prebiotic may have a synergistic effect not only for IBS but also for the overall health of the GI ecosystem.

Therapeutic summary for IBS
Consider a probiotic that contains Lactobacillus and Bifidobacteriumspecies at a dose of at least 108 colony-forming units (CFU) daily for 1 month. Then encourage fermented foods as a continued source of probiotics, such as yogurt, miso, and sauerkraut.
Consider psyllium (1 tbsp in 8–10 oz of water) one to two times daily for 1 month, then encourage a soluble-fiber rich diet through the regular consumption of vegetables, high-fiber grains, and fruit.
Be sure to address the mind–body connection by encouraging stress reduction.