BP Control: Not Too Low, Not Too High Is Best for Outcomes in Cohort Study 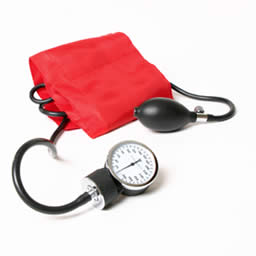 LOS ANGELES, CA — In a large, diverse population of patients being treated for hypertension, those who attained blood-pressure (BP) levels above or below an optimal range were more likely to die or develop end-stage renal disease (ESRD) during a three- to five-year follow-up[1].
"We observed a U-shaped curve for the composite outcome of mortality/ESRD at systolic BP above 139 and below 130 mm Hg [and] diastolic BP below 60 and above 79 mm Hg," Dr John J Sim (Kaiser Permanente Los Angeles Medical Center, CA) and colleagues write.
A BP of 137/71 mm Hg was associated with the lowest risk of death or ESRD (need for dialysis or a kidney transplant) during follow-up. However, for diabetic patients, the BP with lowest risk was 131/69 mm Hg, and for patients aged 70 and older, it was 140/70 mm Hg.
Therefore, attaining very low BP levels or having poorly controlled, elevated BP levels both appear to be harmful in patients receiving treatment for hypertension.
"Whereas current US guidelines emphasize the upper limits of therapeutic goals, the potential dangers of overtreatment may need to be considered," the researchers write. "Both escalation and withdrawal of medications may be appropriate for optimal outcomes in a hypertension population."
The study was published in the August 12, 2014 issue of the Journal of the American College of Cardiology.

Ideal BP Targets Unknown
Current guideline-recommended hypertension-treatment goals assume that as BP increases, the risk for vascular and mortality outcomes increases in a linear fashion, the authors note. However, aggressive BP lowering below current target levels has been associated with worse outcomes in patients with diabetes and chronic kidney disease, and the ideal BP-treatment targets for improved survival and renal outcomes in patients receiving antihypertensives are unknown.
To investigate this, they performed a retrospective study of 398 419 members of the Kaiser Permanente Southern California health plan who were medically treated for hypertension from January 1, 2006 through December 31, 2010.
At baseline, the patients had a mean age of 64 years. About half (55%) were women, and 41% were white, 12% were black, and 21% were Hispanic. Close to half (43%) were obese (BMI >30); about a third (30%) had type 2 diabetes; and about a quarter had a low estimated glomerular filtration rate (<60 mL/min).
The most frequently used antihypertensives were diuretic agents (80%), ACE inhibitors (70%), beta-blockers (44%), and calcium-channel blockers (37%).
During a mean follow-up of 4.0 years, 6.3% of the patients died and 1.2% developed ESRD.
Mortality rates and combined mortality/ESRD rates were highest in the patients who had either the lowest and or highest systolic BP levels.

Risk of Death or ESRD During Follow-Up, Stratified by Systolic BP

"Uncontrolled Hypertension Remains a Challenge"
Hypertension is well controlled (<140/90 mm Hg) in about 60% of hypertensive patients in the US, but it is not clear what treatment strategies the remaining 40% of patients should have, Dr Charlotte Andersson (Gentofte Hospital, Hellerup, Denmark) and Dr Ramachandran S Vasan (Boston University School of Medicine, MA) write in an accompanying editorial[2].
"Panelists from the Eighth Joint National Committee recently stirred up controversy by relaxing the BP treatment target to <150/90 mm Hg among people >60 years old," they write, "largely because they found little evidence from randomized trials showing that tighter BP control leads to better outcomes."
Sim et al "provide more support for relaxing BP treatment targets," the editorialists note. And the researchers "elegantly demonstrated that the optimal BP levels were lower for younger patients, . . . for individuals with diabetes, and for patients with low comorbidity burden," they add.
However, ultimately, further studies are needed to establish optimal BP-treatment targets for patients with different comorbidities. "It may make sense to treat younger people with less comorbidity more aggressively than older patients or people with a large burden of comorbidity, but the exact numerical BP targets are yet to be determined."
The ongoing Systolic Blood Pressure Intervention Trial (SPRINT), which randomized hypertensive patients to systolic BP-treatment targets of <140 mm Hg or <120 mm Hg, should provide key data.
Meanwhile, "truly uncontrolled hypertension, even on the basis of the looser targets recommended by the Eighth Joint National Committee, remains a challenge, and we still must be concerned about undertreatment of hypertension, even as we sort out the optimal treatment target," they conclude.