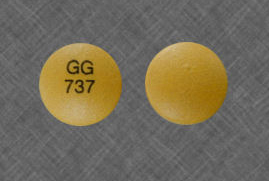 Toronto — The nonsteroidal anti-inflammatory drug (NSAID) diclofenac, a drug that is frequently used for the treatment of pain and inflammation caused by arthritis, is associated with a significantly increased risk of cardiovascular complications and should be removed from essential-medicines lists (EML), according to a new review [1].
Diclofenac, which is listed on the EML of 74 countries, increased the risk of cardiovascular events between 38% and 63% in different studies. The increased risk with diclofenac was similar to the COX-2 inhibitor rofecoxib (Vioxx, Merck), a drug withdrawn from worldwide markets because of cardiovascular toxicity.
Speaking with heartwire, Dr David Henry (Institute for Clinical Evaluative Sciences, Toronto, ON), who conducted the review along with Dr Patricia McGettigan (London School of Medicine and Dentistry, UK), said that while use of diclofenac in North America is low--the drug has about 5% or 6% of the NSAID market in the US and 17% of the market in Canada--its use is much more common in other non-Western countries.
"The exposure in the North American community is quite low," said Henry, "but the real issue is that it has 30% to 40% of the market share in countries like Vietnam, Pakistan, parts of China, and other countries. These countries are experiencing a real epidemic of cardiovascular disease at the same time these rates are coming down in the West. They are really heavy users of these drugs, in particular diclofenac."
In the review, published online February 12, 2013 in PLoS Medicine, Henry and McGettigan showed that in 15 countries, a list comprising high-, medium-, and low-income countries, diclofenac was the most widely used NSAID. It has a market share roughly equal to the combined market share of ibuprofen, naproxen, and mefenamic acid. The high-risk NSAIDs, diclofenac and etoricoxib, had one-third of the market share across the 15 countries.

An underappreciated problem
Dr Gabriel Steg (Centre Hospitalier Bichaut-Claude Bernard, Paris, France), who was not affiliated with the analysis, told heartwire that the cardiovascular risks associated with NSAIDs are an underappreciated problem. He said that most NSAIDs, with the possible exception of naproxen, have some degree of cardiovascular risk associated with them. "I think the converging data from multiple sources indicates that, particularly in patients who are known to have cardiac disease, we should refrain from the chronic use of NSAIDs, if possible," said Steg.
"It is conceivable that diclofenac might have a slightly higher risk than the others, but really the issue is the whole class rather than singling out a [particular] agent."
Steg noted that a study published last year in Circulation, reported by heartwire, showed that the use of NSAIDs was associated with a persistently increased risk of coronary events in patients with a previous MI. In more than 43 000 MI patients treated with NSAIDs, their use was associated with a 59% increased risk of death after one year and a 63% increased risk of death after five years of use. In addition, the use of the NSAIDs was associated with an increased risk of coronary death and recurrent MI.
"I think this is a completely underappreciated problem," said Steg. "Most physicians would not be alert to the long-term use of these agents. Many of these agents are over the counter, so physicians are not necessarily aware of their use. Also, they may be used fairly frequently by patients and for very long periods of time. In the elderly, because of bone and joint issues, their use is very common."
To heartwire, Henry said he has written to the World Health Organization (WHO) and has recommended that they advise the EML committees worldwide to preferentially recommend naproxen as the NSAID of choice. He said he does not expect drug regulatory committees, such as the Food and Drug Administration, Health Canada, or the European Medicines Agency (EMA), to withdraw the drugs. In October 2012, the EMA finalized a review that concluded there was a small increase in the risk of cardiovascular side effects with diclofenac compared with other NSAIDs.
"I don't think there is any real new information that would lead them to act, rather than information showing that diclofenac is the most popular drug and it has the same risks as Vioxx," said Henry. "I'm not expecting that change in attitude to suddenly occur. What we'd like to get across to prescribers is to not use diclofenac and to use naproxen. Also, these are not disease-modifying drugs, they're symptom-relieving drugs. We typically tell patients not to stop a medication and to talk to their doctor, but if you have heart disease and are taking diclofenac, do stop the medication and then go talk to your doctor about an alternative."