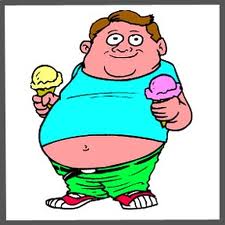 Obesity is associated with nearly 1 in 5 US deaths, according to a study published online August 15 in the American Journal of Public Health. The new data suggest obesity's toll on Americans is more than 3 times previous estimates.
In research that counters previous studies of the effect of obesity on American life spans, Ryan K. Masters, PhD, a Robert Wood Johnson Foundation Health and Society Scholar at Columbia University's Mailman School of Public Health in New York City, and colleagues report that overweight and obesity were associated with 18.2% of all deaths among adults from 1986 through 2006 in the United States. Previous estimates of the effect of obesity on mortality, published in Demography in 2009, established an obesity-related death rate of approximately 5%.
In the current study, obesity appears to have a particularly strong effect among black women, with 26.8% (95% confidence interval [CI], 7.3% - 47.4%) of deaths associated with a body mass index (BMI) of 25 kg/m2 or higher. In white women, 21.7% (95% CI, 14.4% - 29.3%) of deaths were associated with overweight or obesity. Among black men, 5.0% (95% CI, −6.8 - 18.3) of deaths were associated with overweight or obesity, and among white men, 15.6% (95% CI, 8.6 - 22.9) were.
The study also showed that the more recent the birth year, the greater effect obesity has on mortality rates. Further, contrary to claims in much public health literature, obesity is not protective for the elderly.
"Obesity has dramatically worse health consequences than some recent reports have led us to believe," Dr. Masters said in a university news release.
The authors write that prior estimates ignored various factors such as low participation in public health surveys by obese people. In addition, previous studies often relied on average obesity rates, even though such averages blur the substantial differences among various age groups.
Using data from 19 consecutive waves of the National Health Interview Survey covering 1986 through 2004, and linking those data with mortality information in the National Death Index through 2006, the researchers analyzed obesity and mortality among 290,383 white men, 41,710 black men, 324,131 white women, and 61,344 black women, all aged between 40 and 84.9 years.
The authors excluded people aged 85 years and older to avoid biases induced by the National Health Interview Survey coding of 85+ years. They also excluded the 1% of the sample with a BMI less than 18.5 kg/m2, which can be an indicator of illness, frailty, or mortality risk, according to the authors.
The investigators followed federal guidelines, setting normal BMI as 18.5 to 24.9, overweight as 25.0 to 29.9, and obese as 30.0 kg/m2 and higher. Further, obesity was stratified as grade 1 for a BMI between 30.0 and 34.9 kg/m2 and grade 2/3 for a BMI of 35.0 kg/m2 or higher.

Obesity-Associated Morality Growing
Grade 1 obesity accounted for an increasing number of deaths in each successive age group. For example, an analysis of population-attributable fractions (PAFs) showed that those born in the 1960s experienced higher obesity-related mortality than those born in the 1930s or 1920s. PAF is a calculation of the proportional reduction in mortality that would occur if the risk factor under consideration, such as obesity, were replaced with the ideal alternative, such as a normal-range BMI.
Among white men born from 1915 to 1919, 3.4% of all deaths at age 66 years could be attributed to grade 1 obesity. Men born just 10 years later saw obesity-related mortality rise to 4.5%, and for those born 10 years after that (ie, men born from 1935 to 1939), 5.8% of deaths at age 66 years were attributable to obesity. "These steady rises in PAF for class 1 obesity as a cause of adult mortality reflect more recent cohorts' greater exposure to obesity across their respective life courses," the authors write.
The data further reveal rising hazard ratios (HRs) for mortality and obesity as age increases. For instance, among white women, the HR for obesity at age 45 years is about 1.25, but by age 65 years, obesity increases the risk for mortality about 2-fold. Among black women, the HR for obesity at age 45 years is about 0.7, but by age 65 years, it rises to roughly 1.5.
"We believe that it is imperative for the US public and those who construct policy for that public to recognize that population health and more than a century of steady gains in life expectancy are being jeopardized by the obesity epidemic. Indeed, evidence has already implicated high rates of obesity as a significant contributor to the United States' relatively low life expectancy among high-income countries," the authors write.

The authors have disclosed no relevant financial relationships. The study was funded by the Robert Wood Johnson Foundation.