NSAIDs and Cardiovascular Outcomes in Women 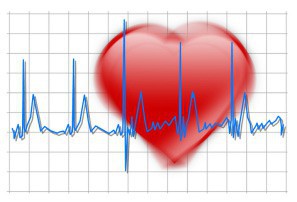 COX-1, COX-2 inhibition—how to sort through the confusion?
This study evaluated data from participants in the Women’s Health Initiative (WHI) and showed that use of COX-2 inhibitors was associated with increased risk for cardiovascular disease and that the use of NSAIDS, which are more specific for COX-2 than COX-1, also were associated with increased cardiovascular disease risk.
To understand these results, let’s take a step back and consider the normal function of COX enzymes. The COX enzymes are present throughout the body and participate in the synthesis of various molecules. For example, COX-1 is involved in the synthesis of prostaglandins, which help protect the stomach from acid, which is why aspirin, which blocks COX-1, increases the risk for ulcers. COX-2 produces molecules that increase inflammation, such as in arthritis; thus, blocking COX-2 reduces inflammation.
Traditional NSAIDs block both COX-1 and COX-2; so, they reduce inflammation in the joints, but, by blocking COX-1 in the stomach, they also increase the risk for ulcers. COX-2–specific inhibitors were developed to block the inflammation in the joints, but they do not affect COX-1 in the stomach; hence, they are associated with a reduced risk for ulcers.
The problem is that COX-2 enzymes are also present in the endothelium, which lines the blood vessels. In the endothelium, COX-2 is involved in the synthesis of a molecule that prevents platelets from sticking. If COX-2 is blocked in the blood vessels, platelets are more likely to stick and form clots, resulting in an increased risk for cardiovascular disease with COX-2 inhibitors.
In the platelets, COX-1 is involved in the synthesis of molecules that cause the platelets to form clots. Aspirin blocks COX-1 and therefore reduces the risk for these clots and resulting cardiovascular disease. This explains why patients taking a COX-2 inhibitor and aspirin together do not have an increased risk for cardiovascular disease. However, by including aspirin, COX-1 in the stomach is also blocked, and the risk for ulcers is increased.
The bottom line, therefore, is that, by blocking COX-1 in platelets, the risk for clots is reduced, which is good; but, blocking COX-1 in the stomach increases the risk for ulcers, which is bad. Likewise, blocking COX-2 in the joints reduces inflammation, which is good; but, blocking COX-2 in blood vessel walls resulting in platelets that stick is bad.
In general, the more COX-2 blockade, the greater the cardiovascular risk. Ideally, we should design a COX-2 inhibitor that remains only in the joints—this would be the ideal. Maybe an effective approach would be to inject COX-2 inhibitors directly into the joint. But until researchers figure that out, we must understand the effects of blocking COX-1 and COX-2 in our patients.

BACKGROUND
Conclusive data about cardiovascular toxicity of nonsteroidal anti-inflammatory drugs (NSAIDs) are sparse. We hypothesized that regular NSAID use is associated with increased risk for cardiovascular events in postmenopausal women, and that this association is stronger with greater cyclooxygenase (cox)-2 when compared with cox-1 inhibition.

METHODS AND RESULTS
Postmenopausal women enrolled in the Women's Health Initiative were classified as regular users or nonusers of nonaspirin NSAIDs. Cox regression examined NSAID use as a time-varying covariate and its association with the primary outcome of total cardiovascular disease defined as cardiovascular death, nonfatal myocardial infarction, or nonfatal stroke. Secondary analyses considered the association of selective cox-2 inhibitors (eg, celecoxib), nonselective agents with cox-2>cox-1 inhibition (eg, naproxen), and nonselective agents with cox-1>cox-2 inhibition (eg, ibuprofen) with the primary outcome. Overall, 160 801 participants were available for analysis (mean follow-up, 11.2 years). Regular NSAID use at some point in time was reported by 53 142 participants. Regular NSAID use was associated with an increased hazard for cardiovascular events versus no NSAID use (hazard ratio [HR], 1.10; 95% confidence interval, 1.06-1.15; P<0.001). Selective cox-2 inhibitors were associated with a modest increased hazard for cardiovascular events (hazard ratio, 1.13; 1.04-1.23; P=0.004 and celecoxib only: HR, 1.13; 1.01-1.27; P=0.031). Among aspirin users, concomitant selective cox-2 inhibitor use was no longer associated with increased hazard for cardiovascular events. There was an increased risk for agents with cox-2>cox-1 inhibition (HR, 1.17; 1.10-1.24; P<0.001 and naproxen only: HR, 1.22; 1.12-1.34; P<0.001). This harmful association remained among concomitant aspirin users. We did not observe a risk elevation for agents with cox-1>cox-2 inhibition (HR, 1.01; 0.95-1.07; P=0.884 and ibuprofen only: HR, 1.00; 0.93-1.07; P=0.996).