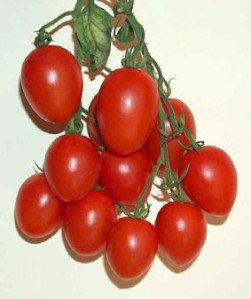 Carotenoids are what cause some fruits and vegetables to have bright colors, such as yellow, orange and red. Lycopene is the carotenoid that gives tomatoes their rich colors and is one of the most popular carotenoids found in the diets of many Americans and Europeans. Many carotenoids enable the body to make the vitamin A that it needs in order to be healthy, though lycopene is not one of them.

The cancer-preventing benefits of lycopene
Though the body does not use lycopene to make Vitamin A, it still adds a very valuable component to the diet. Studies have shown a positive correlation between those people with a diet high in tomatoes, and, therefore, lycopenes, and having a lower risk of some forms of cancer. This type of diet has been shown to be particularly helpful for reducing the risk of getting prostate, cervical, skin, bladder, stomach and lung cancers.

Other benefits of lycopene
As if the cancer-reducing benefits of lycopene were not enough, there are other health benefits of eating a diet rich in tomatoes. Researchers have found that the risk of heart disease can be lowered by such a diet. The risk of macular degeneration, which is a disease that often occurs as a person ages and can result in blindness, and lipid oxidation, the damage that occurs to normal fat cells that can then cause both inflammation and disease, have also been shown to be reduced by eating a diet that includes a variety of tomato-based dishes.
Lycopene is an impressive antioxidant which helps block the free radicals that can cause disease. Studies have also shown that lycopene helps protect DNA, cellular fats and enzymes while also lowering the levels of bad cholesterol, LDL, and boosting the immune system. While other foods, such as watermelon, apricots, papaya, pink grapefruit and guava, are also a significant source of lycopene, tomatoes contain the most concentrated amount of the carotenoid.

The form of tomatoes matters
While tomatoes eaten in any form deliver a powerful amount of lycopene, there are some methods of preparation that increase the amounts. Studies found that the levels of lycopene in the blood were greatest after study participants had eaten cooked tomatoes, compared to their levels after drinking tomato juice or eating raw tomatoes. In addition, by combining the consumption of tomatoes with oil or fat, such as the cheese in a pizza or a drizzle of salad oil, the amount of lycopene absorbed by the intestines is increased. For those people who want to supplement, lycopene is available either as a liquid or as soft gels.
Eating a diet rich with tomato-based foods gives the body a number of health benefits that are difficult to replicate in other ways. For best results, eat cooked tomatoes several times each week.