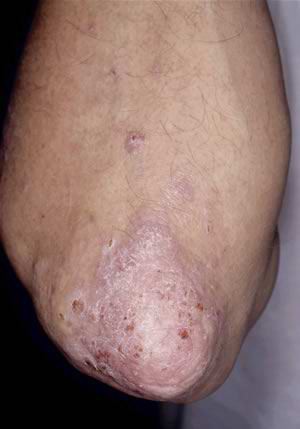 In this interview, Dr. Mark Lebwohl, Professor and Chairman of the Department of Dermatology at the Mount Sinai School of Medicine in New York, provides important insight regarding the plethora of new agents on the horizon for psoriasis treatment.

PracticeUpdate: Dr. Lebwohl, would you give some historical perspective on the treatment of psoriasis, and where we are today?

Dr. Lebwohl: During the last century, there have probably been more drugs introduced for psoriasis than for all the rest of dermatology put together. There are dozens of new drugs, and this field has led the way in many therapies. For instance, methotrexate was first used for psoriasis after it was established as a treatment for neoplastic diseases. Cyclosporine was first used for psoriasis after being used for transplant patients. Phototherapy was introduced specifically for psoriasis. All of these treatments are now used for many other conditions. Biologics were introduced for rheumatoid arthritis, but they were found to be effective for psoriasis and for inflammatory bowel disease, such as Crohn’s disease. Psoriasis research opened the door for many other indications.

Historically, every time a new treatment is introduced, it is because it fills a need, and because the new treatment is either safer or more effective than existing options. This is also true for new drugs introduced for psoriasis. Right now, we have a great number of emerging drugs, each of which, in a matter of a few years, will offer us yet another alternative that is safer and/or more effective than the drugs that came before.

PracticeUpdate: Of the several new biologic therapies on the horizon, which appear to be most promising vs least promising, and why?

Dr. Lebwohl: The first biologic agent approved for psoriasis was alefacept. Because it had limited efficacy, it is no longer available.

Another of the earlier biologics approved was efalizumab (Raptiva). It was taken off the market because of three reported cases of a fatal viral infection called progressive multifocal leukoencephalopathy.1 Even though the number of cases was very small, it was enough to preclude any justification for using the drug in psoriasis. Efalizumab may eventually be reinstated, since there were only a few cases out of thousands of patients. Nevertheless, this highlights for us the risks of new therapies.

TNF inhibitors. Around the same time, the tumor necrosis factor (TNF) blockers infliximab (Remicade), etanercept (Enbrel), and adalimumab (Humira) were introduced for bowel disease and arthritis. They very quickly made their way into psoriasis therapy, which they have revolutionized. The TNF blockers are more effective than some of the oral drugs used previously, and they are certainly safer than some of them.

IL-17 blockers. Subsequently, we have discovered more focused drugs, which block even smaller parts of the immune system. A specific example are the drugs that work on cytokine interleukin-17 (IL-17), which is released by the Th17 cell.2 There are at least three drugs in development that block either IL-17 or its receptor. These drugs effect a dramatic improvement in psoriasis. Of course, it is still early to know about side effects, but there are reasons to believe that these agents should be as safe as, or safer than, their predecessors.

In the interim, another drug, ustekinumab (Stelara) was investigated. Ustekinumab down-regulates Th17 cells, thereby reducing IL-17 levels. This drug has been around for a few years, and early data indicate that it is very effective. So far, it looks fairly safe; we are not seeing increases in infection or malignancy, which is always a concern with a drug that affects the immune system.

IL-23 blockers. Some of the biologics target the IL-23 pathway. The IL-17–Th17 cell pathway is regulated by IL-23, which causes Th17 cells to increase their production of IL-17. By blocking IL-23, IL-17 levels are reduced. Aside from ustekinumab, other molecules directed against IL-23 are in development.

Phosphodiesterase inhibitors. Apremilast, a phosphodiesterase inhibitor, is more broadly immunosuppressant than targeted biologics; however, it can be given in sufficiently small amounts to make it, at least in the short run, apparently fairly safe and effective. The data on efficacy are not as impressive as they are with IL-17 blockers, but apremilast is given as a pill, not by injection, which is its big advantage.

JAK inhibitors. A second oral drug being developed is tofacitinib, a Janus kinase (JAK) inhibitor. It affects multiple parts of the immune system; but, if it is given in smaller doses, it may be safe and effective, although it may be less effective than the biologics.

Thus, there are many promising drugs on the horizon for psoriasis.

PracticeUpdate: Are there prognostic markers for any of these drugs? Which drugs should be used in which patients, and how should they be sequenced?

Dr. Lebwohl: One thing we know for certain is that the TNF blockers are highly effective for psoriatic arthritis. To date, we do not have data showing that any other group of drugs is as effective. As a rule, if a patient comes to me with active psoriatic arthritis, there is a good chance I will give him or her a TNF blocker. This is my first consideration.

A second factor that affects which drug I pick is the patient’s weight. If the patient is obese, and if I give him or her a fixed-dose drug—which does not allow any opportunity to adjust the dose—that patient’s response is not likely to be as strong as the response of a thin person. For a patient who is obese, I might consider a drug that permits variable dosing, such as infliximab or ustekinumab. We don’t know about the newer drugs because their dosing has not yet been established.

The third and probably the single most important factor in my choice of drug, is which drug the insurance company will allow me to prescribe. Often, the insurance companies tell us the order in which we are required to prescribe the drugs or else they will not pay for them. Because all of these drugs are quite expensive, they are financially out of reach for most people. We need to give patients drugs that they can afford. Because these drugs are so expensive, insurance coverage is critical.

PracticeUpdate:  What about the side effects of these drugs?

Dr. Lebwohl: With biologic therapies, as with every drug that targets the immune system, there are two concerns: infections and malignancy.

Infections. There is evidence of an increase in the incidence of some infections, particularly tuberculosis, with biologic therapy. Therefore, we test for tuberculosis in every patient who is prescribed these agents. We also advocate influenza vaccinations for every patient receiving a biologic agent, as well as other vaccinations that are age-appropriate, such as pneumococcal vaccination or shingles (herpes zoster) vaccination.

The shingles vaccination is interesting because it’s a live virus. The package inserts suggest that wild virus vaccines should not be given to patients who are immunosuppressed. The issue is controversial. In one widely cited report, Zostavax, the shingles vaccine, was given to patients on TNF blockers and did not cause side effects.3 The virus did not spread, which was the main worry. Yet, the vaccine did have a protective effect against herpes zoster infection.

Malignancy. In terms of malignancy, so far with the TNF blockers, if there is an increased incidence at all, it is relatively uncommon. An increase in squamous cell carcinoma of the skin has been noted, but those cancers are usually easily found, treated, and cured.

Among patients with emphysema who are cigarette smokers, there has been an increase in lung cancers, upper respiratory tract cancers, and head and neck cancers reported with infliximab. When I prescribe these drugs, I carefully inquire about smoking in my patients. All of the patients to whom I’ve prescribed these drugs have stopped smoking. If a patient has a history of smoking, we watch them a little more carefully. However, as with lymphoma, it is not common to see these malignancies.