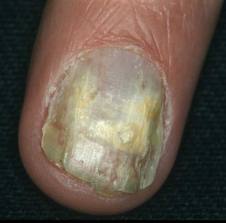 DANA POINT, CALIF. – Lasers are playing a key role in the treatment of onychomycosis, with cure rates exceeding that of terbinafine in most cases, Dr. Jill S. Waibel said at a meeting sponsored by SkinCare Physicians and Northwestern University.
The development is welcome because currently approved treatment options are “suboptimal,” said Dr. Waibel, a dermatologic surgeon with Miami (Fla.) Dermatology & Laser Institute. “There’s also a big need; 34% of diabetics have onychomycosis. They are at an increased risk of developing complications including foot ulcers and amputations. In addition, 50% of individuals over age 70 have onychomycosis. The market for treatment in the United States is $1.6 billion,” she said.
All infectious agents can be killed by heat except prions, which makes laser therapy a promising option for onychomycosis, Dr. Waibel said. The mechanism of action is not fully understood, but she shared three hypotheses. The first is that water in the keratin of the nail absorbs the laser energy and creates nonspecific bulk heating, which denatures fungal organelles. The second hypothesis is that free radicals are created by the laser, and these kill the dermatophyte. The third hypothesis is that microscopic selective photothermolysis occurs in Trichophyton species that contain melanin in their cell walls. Microcavitation and acoustic shock waves are created, which decapsulate the spores. The mechanism of action “is probably a combination of all three,” she speculated.
Before laser treatment, the patient’s toenails and the surrounding skin are cleaned, and photos are taken of the nails, Dr. Waibel said. The affected areas of nail are treated with randomly assigned laser or light wavelengths until a temperature of 46° C is reached.
“The thicker the nail, the more energy we put into it,” Dr. Waibel said of the treatment. “For every 5° C increase in temperature, there is an exponential decrease in the time to cell death. When laser energy first strikes the nail bed, there is a rapid spike in temperature reaching the lower 60° C range,” she explained. “If you’re at 60° C, it only takes about 6 seconds to kill the dermatophyte. At 70° C, that takes about 6 ms, so the lasers are getting to the temperature to kill the dermatophyte.”
If the patient becomes uncomfortable, “We stop [the laser] and then return after a few seconds,” Dr. Waibel said. “The average treatment time in my practice is 10 minutes. We give two to three treatments 1 week apart. The patients are very satisfied.”
Post therapy, Dr. Waibel said she instructs patients to use antifungal spray in their shoes and to use fungal cream, “because you can get onychomycosis from having athlete’s foot.” But, she added, “80% of toenail fungus comes from sleeping with your spouse. So if you treat the woman and you don’t treat the man, when they sleep at night and their toes touch, they’ll pass it back and forth.”
In a prospective study conducted at the Dermatology & Laser Institute, 21 patients with positive dermatophytic periodic acid–Schiff (PAS) or positive cultures were randomly assigned to undergo treatment with one of three light source options: a 1,064-nm laser (at an energy fluence of 17 J/cm2, a pulse width of 0.3 ms, 5 pulses/sec, and a spot size of 3 mm); broadband light (with a SkinTyte filter delivered at 20° C for 30 seconds), or a 1,319-nm laser (at an energy fluence of 5 J/cm2, a pulse width of 10 ms, 5 pulses/sec, and a spot size of 3 mm). At 6 months’ follow-up, all but one patient in the 1,319-nm group was culture negative, “which is impressive,” Dr. Waibel said. Oral terbinafine has a cure rate of only 50%, she noted.
In a separate retrospective study conducted at the center, 73 patients with onychomycosis were treated with the 1,064-nm laser with temperature feedback. Each patient completed three to four treatments 1 week apart. At 12 months’ follow-up, 67 patients were clear of infection, while 6 had a recurrent infection or had become newly infected. That’s still better than terbinafine, Dr. Waibel said.
She and her associates conducted a 12-month retrospective analysis of patients choosing therapy for positive culture/positive PAS during the year 2012. The patients were offered three treatment options: laser therapy, terbinafine, or no therapy. Nearly two-thirds (64%) chose laser, 20% chose terbinafine, and 16% chose no therapy.