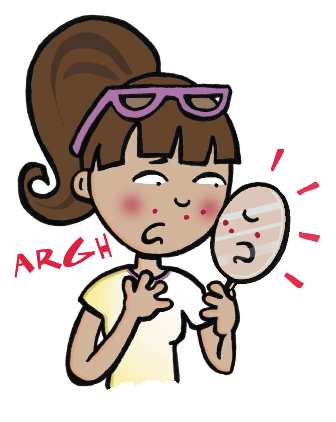 MILWAUKEE (IMNG) – Boosting cumulative isotretinoin doses above 220 mg/kg significantly reduced the risk of relapse without dramatically increasing side effects in patients with severe, treatment-resistant nodulocystic acne in a prospective, observational study. During the 12-month study, 27% of patients who received more than 220 mg/kg and 47% of those who received less than 220 mg/kg had a relapse, defined as treatment with another prescription acne medicine (P = .029).
The number of patients needing retreatment with isotretinoin was similar in both groups (2 vs. 0; P = .31), Christopher Stamey reported at the annual meeting of the Society for Pediatric Dermatology.
He acknowledged that the dosing regimen in this study was considerably higher than in previous studies of isotretinoin, which support a cumulative dose of 120-150 mg/kg over conventional dosing of less than 100 mg/kg to decrease the risk of relapse/retrial.
Low-dose regimens also have minimal rates of many side effects, but clinicians are becoming more comfortable giving higher doses, explained Mr. Stamey, a fourth-year resident and research fellow in dermatology at the University of North Carolina at Chapel Hill (UNC).
A study from a tertiary care center in the New York reported a 100% cure rate and significantly improved quality of life among 80 patients with nodulocystic acne, who were maintained on a cumulative dose of 290 mg/kg (average daily dose, 1.6 mg/kg per day) for an average of 178 days (Int. J. Dermatol. 2012;51:1123-30).
In the current 116-patient study, the average cumulative dose was 309.8 mg/kg in the high-dose group and 170.8 mg/kg in the low-dose group (P less than .000). The daily dose varied by patient and provider, but averaged 120-160 mg/day in the high-dose group, Mr. Stamey said.
Patients were started on 40 mg/day for the first month and then increased to greater than 1 mg/kg per day to avoid any kind of fulminant acne reaction that can occur with isotretinoin. Eventually, the dose was titrated and the patients in the high-dose group were maintained on 1.5-2 mg/kg per day.
In the low-dose group, treated at a cumulative dose less than 220 mg/kg, patients were given 30 mg twice per day.
Treatment duration was significantly longer in the high-dose group compared with the low-dose group (6.5 vs. 5.8 months).
During a discussion of the study at the meeting, concerns were raised about the dosing and the ability to maintain children who are highly inflammatory on such a high daily dose. By initiating the medication at a dose less than 1 mg/kg per day for the first month, brisk inflammatory reactions were avoided, Mr. Stamey said. No patient in the high-dose group had to discontinue isotretinoin for an inflammatory reaction, although two low-dose patients discontinued treatment for 1 month and 1 week, respectively, because of elevated triglycerides.
“The initiation of dosing was the most important aspect with regard to avoiding inflammatory reactions,” Mr. Stamey said in an interview. “This is a general practice when using isotretinoin at UNC dermatology clinics.”
Overall, the side effects were similar between the groups. Mr. Stamey said. Only retinoid dermatitis was significantly more common during high-dose treatment than lower-dose treatment (54% vs. 32%).
Laboratory abnormalities were slightly, but not significantly higher in the high-dose group. These values included aspartate aminotransferase greater than 90 U/L (6.41% vs. 0%), alanine aminotransferase greater than 105 U/L (1.3% vs. 0%), a total cholesterol level greater than 300 mg/dL (1.3% vs. 0%), and triglycerides greater than 300 mg/dL (11.5% vs. 5.3%).
No differences were observed in itching, muscle or joint aches, mood, or suicidal ideation, although 13.8% of all patients had nail changes, including paronychia in 7.8%, Mr. Stamey noted.
Three-fourths of the patient cohort were white, approximately half were female, and the average age in the high- and low-dose groups was 21 years and 18 years, respectively.