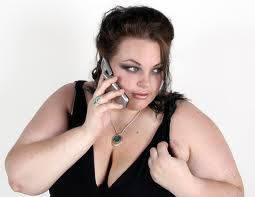 Obesity in children is a major public health concern in the United States. The objectives of the current study were to determine the prevalence of various groups of cutaneous disorders in obese children and adolescents and to compare the use of dermatology services in obese subjects with that those with a normal body mass index (BMI). This was a retrospective, population-based study at the Kaiser Permanente Northern California Managed Healthcare System. The main outcome measures were the relative risk of cutaneous disorders associated with insulin resistance, androgen excess, bacterial infection, fungal infection, viral infection, inflammation, mechanical changes, and other skin conditions (hidradenitis, hyperhidrosis) in three weight groups (normal, overweight, obese) and the number of dermatology visits. A total of 248,775 subjects were included. Bivariate analyses showed a higher proportion of insulin resistance disorders, bacterial infection, fungal infection, inflammatory disorders, mechanical changes, and other skin conditions in obese subjects than in subjects with a normal BMI (p < 0.001). Disorders of androgen excess and viral infection were significantly less common in obese subjects (p < 0.001). Obese subjects had significantly lower odds of having at least one dermatology encounter than subjects with a normal BMI (odds ratio = 0.92, 95% confidence interval 0.88, 0.96, p = 0.003). Early onset obesity is associated with cutaneous disorders characterized by hyperproliferation, inflammation, bacterial and fungal infection, and mechanical changes but lower rates of disorders of androgen excess and viral infection. The use of dermatology services was not greater in obese patients. Heightened recognition and further analysis of adipose tissue as an endocrine organ that is capable of affecting the skin is warranted.