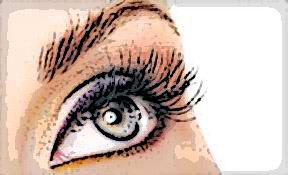 Question: How do you treat under-eye circles?

Answer: First, you have to assess and find out what the problem is. There are several different things that can cause circles under the eyes and they have different treatments:

Question: What are some alternative products to hydroquinone?

The problem with hyperpigmentation is that you’re producing and depositing melanin into the dermis and the epidermis and even if you block the production of melanin or the transfer of melanin into the dermis, the existing melanin takes a long time to come out. So a lot of things have been used in the past, which are still effective, to speed up the resolution of pigment production. For example:

So, it’s really a multi-stage treatment. You need to block the production or transfer of new melanin if you can. If you have that product available, it will work to break down the existing pigment. That’s helpful. Then any existing pigment that’s still in the skin, you need to drive out quicker. That can be done with lasers or chemical peels or medications that turn over the epidermis more quickly. The biggest problem, though, is that pigment caused by melasma always comes back, regardless of which method you’re using. You can try to block it, but we know that melasma is partially driven by UV exposure and partially driven by hormonal factors. The hormonal factors are very difficult to control. We always find that it comes back no matter what. So the treatment is either a chronic one or an episodic treatment. Many of my patients come in twice a year or once a year to have lasers or procedures to remove the existing pigment.
The last thing to really discuss on this topic is sunscreen. Sunscreen is really essential because we know that UV radiation does drive melasma and pigment production. So you should try to do everything to block the UV rays. That includes using sunscreen and reapplying often, avoiding direct sun exposure between ten and four o’clock, and wearing hats and seeking shade and wearing sunglasses. So it’s still a difficult problem to treat, and even though some patients may choose not to use hydroquinone, there are so many other alternatives and ways to treat it.

Question: What are the most commonly made errors that cause burning with lasers?

Answer: The two main ways that people can get burns with the lasers is by using too high of a setting or treating a patient inappropriately; meaning when they’re tanned or using a laser that’s supposed to be used in lighter-skinned patients and using it in the darker-skinned patients. The main tip is to avoid that.

Question: How do you avoid complications with laser treatment?

Answer: Increase the cooling and then use longer wavelengths.

Question: Which topical therapies are approved for treating skin cancers?

Question: How do you guide a patient who is looking to look a little younger but wants it to look very natural and unnoticeable?

Answer: Where I practice in the Midwest, most patients will come in they say, “I really don’t want anybody to know that I’ve had something done, but I just want to look a little fresher or look a little younger.” So when you’re approaching a patient like that, I look at two or three things. First, I give them a mirror and find out what really bothers them, where their eyes go, and it’s usually one or two areas. Then the other thing I’ll do is I’ll have them bring pictures of themselves from five years ago, ten years ago, twenty years ago, and then we take a look at it and show them where they’ve aged and what they can restore.
Then, when I look at their overall face, I look two things. I look at the canvas, the skin, and what does the skin look like, because sometimes the things that bother them are brown spots or the roughness or texture of the skin. Those types of things can either be removed or treated with a laser and improved pretty easily; sometimes just with some topical therapies, like Retin-A or whatnot, for some fine lines. The other thing I do often recommend is some of the creams that have growth factors in them. These can help thicken the skin a little bit if it has thinned through aging and helps hide some fine lines and wrinkles. If the patient has deep lines and wrinkles, some of it can be addressed with ablative lasers to help improve that and remove some of the photo damage in their skin.
Next, we look at the structure and volume of the face. One of the things that they’ll often notice is that they have some volume loss in the pre-jowl area, which is down by the corner of the mouth and going to both sides of the chin. Everybody tends to lose volume there, and then that makes that skin look crepey and wrinkly. That’s an easy area that you can fill. And you don’t have to overfill it. You can just fill it a little bit, and the area won’t wrinkle or indent as much. Also, when you fill that area, it helps mask that appearance of jowling because the patients feel like they have a jowl hanging down on the side and then there’s this dip and then there’s their chin. An easy way to resolve this is to fill in that line and straighten the jawline going back from the chin to the jawline.
I tell patients to be very conservative in their use of neurotoxins because you can inject it strategically to help reduce the creasing of the skin repeatedly. It will help soften some of the deep lines and wrinkles, but you can do that without removing all their expressiveness. That’s really just done by conservatively injecting and then adding more later if you need to. If they have older pictures, I pay careful attention to the actual shape of their face and not try to alter that shape. Putting in too much filler in the nasolabial folds can give a monkey-like appearance and putting too much into the cheeks can result in a feline appearance. So we try to avoid too much filler and just aim to restore a little bit of volume only where it’s needed without trying to exaggerate the volume in any one place.